Although Loto-Québec has maintained a humble diplomacy surrounding the topic, the figures describing the operator’s growth in the last year are very impressive. Loto-Québec currently holds a very nice spread of gambling channels both online and off, and its monopoly status in the province definitely helps. The company reached an increase in revenue of 3.5% for the semester at C$1.8 billion.

In online gambling alone, Loto-Québec’s revenue has shot up to an increase in 40% over last year’s results. The company’s source of online casino game revenue is of course its website Espacejeux.com. In H1 of this year, Espacejeux.com reported total revenue of C$50 million, of which C$28.1 million came from online casino gaming. Loto-Québec stated that they are working to “streamline the browsing experience” so we can expect to see further improvements on the Espacejeux.com website.

There are a number of voices disapproving the provincial government’s activity in monopolizing Espacejeux.com. It’s quite obvious that by eliminating most of the website’s competitors, they are now enjoying a major market advantage, and these figures are proof. There are rumors that Loto-Québec is working on a public awareness campaign to inform us of why it’s important that Espacejeux.com remains a monopoly. Unfortunately the campaign will be funded with our tax dollars. Oh well. 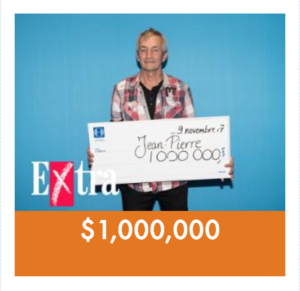 Of course, Loto-Québec isn’t all about casino and betting, and looks to its lottery as a central benchmark for growth. According to the Montreal-headquartered company, “The popularity of the game on Terminal Grande Vie, launched in October 2016, continued. Our market share for this Canada-wide lottery remains high at 34.7 per cent. For the three domestic products, we recorded the best sales performance among the five Canadian lottery companies. There is still an overall decline of four per cent in lottery results.”

President of Loto-Québec, Lynne Roiter, said: “Our lotteries offered a good performance, even though there were fewer major jackpots than for the same period last year. The popularity of the game Grande Vie, launched in October 2016, continued. Our market share for this Canada-wide lottery remains high at 34.7%. For the three  products, we recorded the best performance among the five Canadian lottery companies. In addition, Quebecers have once again been very lucky, getting hold of several important lots. Our casinos all show revenue increases thanks to an offer of games and entertainment that is renewed constantly. Traffic is also in progress, including sightseeing. Our two urban casinos have benefited from the effervescence of the 150th anniversary of Canada, and the 375th of Montreal. We organized casino activities around these two unifying events.

“Our 2017-2020 strategic plan was presented at the National Assembly in September. It includes four major orientations that will guide our activities over the next three years: put the customer at the heart of all our decisions; develop new growth avenues that combine play and entertainment; improve social inclusion in our company; and improve our agility and ways of doing things.”

It will be interesting to see how Loto-Québec ends the year with regards to revenue. At this point, it seems more than likely that we will see even more growth from this company. The province’s gaming business in general has been on the rise, with everything from casinos to gaming and bingo halls, showing increases in popularity and revenue.