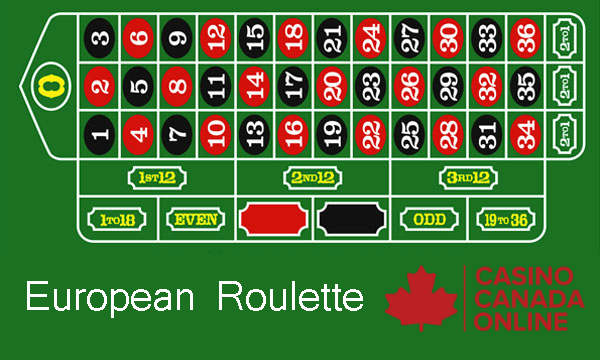 Before the form of European roulette that we know today came about, there were a few games in Europe at the time that all seemed to have contributed to its invention. There was the English spinning wheel game called E.O. (as in Evens/Odds) as well as board games from Italy named Hoca and Biribi. The French game “Roulette” was already in existence at the time, but still hadn’t evolved into the style of roulette we know today.

The French twins Louis and Francois Blanc would continue to develop the early roulette, fusing elements of these other betting games. They added a zero to create a house edge and took the game to Germany since it was illegal in 19th-century France.

After some success in Germany, the game was banned there too based on the claim that the Blancs had “made a deal with the devil” to create the game, and since the numbers 1 to 36 when added together form 666. The Blanc brothers moved to Monaco and went on to open the first casino in Monte Carlo, claiming their position in gaming history.

Today, no casino is complete without a roulette table and this goes for land-based and online casinos alike.

How to Play European Roulette

Roulette exists in a number of variations the main ones being American, French and European. While American and French roulette have some significant differences between them, the only character defining European roulette is that it has only one zero. There is no set table layout for European roulette as there is for French and American roulette.

If you already know how to play other versions of roulette, then European roulette will be very easy for you to pick up. And if you’re new to the whole roulette scene, don’t worry. Roulette was developed to be a simple game to play, and one that can be extremely entertaining and exciting.

European roulette consists of a betting table and a spinning wheel with 37 numbered partitions. The wheel is spun and a ball is dropped into it. The ball eventually comes to a stop on one of the numbers and any bets placed on the matching number will yield a win. Predict the outcome of the wheel and place your chips on the table. Your winnings are paid out as a multiplied sum of your wager according to the odds of that bet type.

European roulette, like its French and American cousins, offers bet types that are divided into “inside” and “outside” bets. Inside bets are bets placed on single numbers or combinations of numbers such as a bet placed on 2 adjoining numbers or “corner bets” which combine 4 numbers. Outside bets include the different groupings marked on the outside area of the betting table such as Evens/Odds, Red/Black, dozens and columns.

The great thing about roulette is that you can make multiple bets on each spin and experiment with different combinations. For example, you could place a bet on the middle column of numbers, and place another bet on a single “lucky number” that doesn’t appear in that column, in a way “hedging” your bet.

You will notice an oval area with an additional set of betting options. These bets work as follows:

Pick a single number from the oval table. Your bet on that number will be copied over to 2 numbers on either side of your chosen number. For example, if you choose 5, the wager amount will be placed on numbers 16, 24, 5, 10 and 23.

Don’t worry if some of these rules seem confusing at first. You don’t need to have a grasp of all the betting options to have fun playing roulette. You can win and have a good time by playing with just the basic options at first and in time start experimenting with the other bet combinations.

Our best tip for European roulette or any version of roulette is that there is no way to “beat the odds”. In fact, that statement doesn’t even make sense. You can’t beat math! Many sites offer “perfect systems” for playing roulette but why would any casino offer a game that could be used to win all its money?

We’re not saying that you shouldn’t use any strategy. Research the different methods and experiment, by all means. Our outlook is that roulette should be played for fun and excitement. Of course winning money is possible so work the table. Just don’t be fooled into thinking that there is a guaranteed winning strategy out there.

To make your bankroll last, focus on the even-money bets such as Black/Red, Even/Odd etc. These bets carry a high payout percentage of a little over 47%, which is very good for a game like this.

How to Play European Roulette for Free

If you’re new to roulette, it’s always a good idea to try out the game to get used to it before depositing money. The casinos we recommend on this site all offer the option of free play. Just find the roulette game you wish to try out and select “Play for Free”. Then, when you’re ready, select “Play for real money”. You will be taken through a short registration process. Once that’s done, it’s action time!

European roulette is a classic casino game that translates well into online and mobile versions. This version of roulette is also good in terms of odds, exceeding its cousin American roulette so if you have the choice, go with either European or French roulette to improve your chances of winning. Have fun winning and spinning!