The Assembly of Manitoba Chiefs has filed a lawsuit against the provincial government of Manitoba for close to $1 billion. The suit is based on the claim that authorities have been illegally restricting the opening of new First Nations-owned casinos in Winnipeg. Leading the action against the province is Arlen Dumas, the recently appointed Grand Chief of the Assembly. Dumas is claiming that significant economic damage has been done to the community and that it’s time for the government to take responsibility and solve the issue.

Triggering the lawsuit was the provincial government’s decision to approve the Shark Club Gaming Centre while refusing to allow the First Nations to open a new casino in Winnipeg.

According to Dumas, “Gaming for First Nations in Manitoba is a part of our culture, and should be a meaningful tool for our economic development. We engaged with the Government of Manitoba starting 20 years ago in a regime for First Nations to get licences for, own and benefit from what was supposed to be the next five casinos in the province. These casinos were supposed to be established in viable markets. We were supposed to become more financially sustainable as a result. This did not happen.” 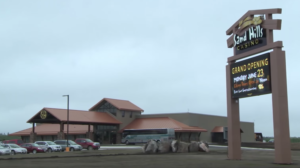 In an official statement, Dumas continued to explain, “These were commitments made by the provincial government over and over again. Those commitments were broken and we are unjustly paying the price. It is time for this government to step up and work with us to create a real solution. We hope they will. If they refuse, we’ll continue to seek justice for this in the courts.”

The lawsuit didn’t come without a fair warning. In April of this year, Derek Nepinak, Dumas’ predecessor, was already openly talking about taking legal action against the province after officials denied approvals to open new gaming businesses in Winnipeg. Nepinak said, “Winnipeg is the gaming market in Manitoba and for us to be shoved aside and kept out of the prime gaming market is unjust. It’s in bad faith and we aren’t going to stand for that. We are upping the stakes by looking at our legal options and moving from there.”

The denial came from Premier Brian Pallister who explained that in his opinion, the gaming sector of the province was already over-saturated: “I want people to get jobs, I want people to have opportunities to grow and learn and work together and help each other, and the gambling industry isn’t going to do that.”

Pallister based this opinion on a study of gaming activity in the province, claiming that the findings in the document point to low revenues in the future. This, however, is speculative and the study itself only really points to a very basic economic idea – introducing more businesses is likely to reduce the amount of revenue each individual business can earn. In other words, the more you slice the cake, the smaller the pieces become.

While the First Nations have received approvals for gaming companies in the province, Winnipeg is definitely the focus of potential revenue and location is of course crucial when it comes to building a successful casino. An example of this is the Sand Hills casino. Sand Hills has proven to be a very problematic business for the AMC, who has claimed that the government has done nothing to assist the community in turning the business around.

The situation is quite unfortunate. There’s no reason why the provincial government and First Nations community should be competing for casino activity in this cat-and-mouse fashion. This type of tension can only lead to brash economic decisions, instead of more rational moves to ensure that everyone wins.

October 30, 2017 Posted in Casino News, Land based by Albert Tristan Becker • No Comments