Last month we talked about what was to be one of the biggest and most influential decisions of Canada’s gaming industry in recent years. It’s a monumental financial deal that has become known as the “GTA Bundle”. The decision in question was that of the OLG who have been analyzing a number of companies in order to hand over the reigns of the gaming activities of the Greater Toronto Area. The benefits of landing a deal like this are obvious and a number of gaming leaders contended for the title, but in the end, there can be only one winner (well, in this case it’s two but you get the idea). The OLG has announced its decision – the Great Canadian Gaming Corp. and Brookfield Business Partners will be in charge of operating OLG’s activities in the GTA.

The GTA Bundle in Numbers

In an official press release by Brookfield, some of the figures were outlined, showing the magnitude of the assets associated with the deal: “The GTA Bundle is the largest award by the OLG as part of the modernization of its casino operations. In 2016, its three facilities, OLG Slots at Woodbine, OLG Slots at Ajax Downs and Great Blue Heron Casino located in the Mississaugas of Scugog Island First Nation, generated gross gaming revenue of over $1 billion. These facilities have a combined total of over 4,000 slot machines, 60 table games and employ more than 2,200 staff.” 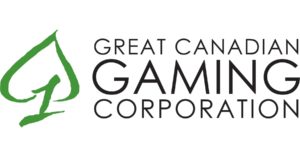 Every year Great Canadian invests over $2 million in various organizations throughout the country.

The move has been long-awaited as it’s become very clear that the OLG simply can’t compete with the industry experience and know-how of commercial gaming players. This decision will lead to a modernization of the gaming entertainment industry in the region. In practical terms, the Great Canadian Gaming Corp. and Brookfield Business Partners will have the exclusive right to operate certain assets for a period of 22 years. The assets included in the agreement are OLG Slots at Woodbine, OLG Slots at Ajax Downs and the Great Blue Heron Casino located in the Mississaugas of the Scugog Island First Nation.

The new contract basically forms a partnership – named the Ontario Gaming GTA LP – through which Great Canadian Gaming and Brookfield will make their investments. These two stakeholders will each hold a 49% interest in the partnership, with the remaining 2% going to the Clairvest Inc. group. On the ground, it will be Great Canadian Gaming who will be operating the gaming facilities in the GTA, on behalf of all the parties included in the partnership.

Rod N. Baker, Great Canadian’s President and CEO, showed his gratitude for being chosen, stating, “We thank OLG for the award of the GTA Bundle on behalf of the partnership. Great Canadian has a long gaming history in Canada and Ontario and in collaboration with OLG and our partners to deliver gambling responsibly. We look forward to this historic opportunity to service Canada’s largest metropolitan region.”

On behalf of Brookfield, Cyrus Madon, the company’s CEO, said, “We are excited to have been selected by OLG to operate the GTA Bundle. We look forward to working closely with Great Canadian. We will bring our capabilities in operations, development and retail to the Partnership to deliver expanded gaming options and premier entertainment that will enhance the experience of patrons and contribute to the surrounding communities.”

It will be interesting to see how this move plays out. In essence these private organizations are far better equipped to run gaming facilities, and will hopefully breathe new life into the area. We’re hoping to see a lot of innovation in gaming in the GTA in the near future thanks to this new deal.

One Response to “OLG Announce New Operators for GTA Bundle”