For a while now, the Ontario Lottery and Gaming Corp. has been reviewing private organizations’ proposals to take over the province’s gambling operations. Ontario is looking to further expand its gambling industry. The province already offers some the best gambling facilities in the world with both national and international gambling tourism being a major source of income. Of course, with a more efficient and innovative company in the mix, this can be taken to the next level. That’s the reason why the OLG began its thorough search to find an external private operator to take the reigns of the province’s gambling activity. This is of course a huge deal, literally. The Ontario market is enormous and any company that can use the OLG springboard to jump in, will be able to reap a lot benefits, not to mention revenues. So, as companies were fighting for the top place on the leaderboard, OLG was closing the door to certain offers and today has its sites on 3 major contenders: Caesars Entertainment in the United States, Genting BHD from Malaysia, and Canada’s own Brookfield Asset Management. 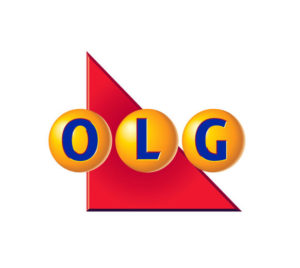 The Ontario Lottery and Gaming Corporation will announce the lucky operator in the coming months.

What the Winner Gets

The organization to get a positive answer from OLG will have a lot to celebrate. For a start, OLG will pay the company an annual sum of CAD72 million for 22 years, as well as 70% of the province’s gambling revenue. And it gets better. The lucky operator will also gain control over the Woodbine Racetrack, Ajax Downs, and the Great Blue Heron Casino in Port Perry, and will have the option of developing a new major gambling hub in the province.

But Everyone’s a Winner

It’s not surprising that officials in Woodbine are excited about OLG’s decision. Shafiq Qaadri, Liberal MPP whose riding includes Woodbine, said, “I’m looking forward to the long-awaited day when we can inaugurate a ‘Vegas North’ right here in the riding, bringing tourism, concerts, conferences, activity and buzz.”

Woodbine’s official spokesperson John Siscos commented on OLG’s actions, saying, “The OLG’s modernization plan is the catalyst for Woodbine Entertainment to unlock the value of the Woodbine lands to sustain horse racing on our 680-acre site and bring real economic development to Rexdale.”

So the chosen company will be able to revamp Woodbine’s existing facilities into a major gambling hub. In fact, the deal will enable the operator to review the province’s gambling facilities in general, and come up with new proposals to take those facilities to the next level.

According to OLG spokeswoman Allison MacNeil, each of the companies is undergoing a thorough review of its conduct as part of the bidding process. “Part of that process involves undergoing an extensive due-diligence process into current and past business conduct […] examines a gaming operator’s ability to act in accordance with the law, with integrity, honesty and in the public interest.”

The OLG’s motivation to seek out external operations manager is a rational one, and it’s perhaps quite overdue. OLG spokesperson Rui Brum said, “In 2010, Ontario asked for a strategic review of gaming, they determined areas were underserved. Our revenues were flat, especially along the border.”

The gambling sector is a major source of Ontario’s revenue. To give you an idea of the scale we’re talking about, during the 2015-2016 fiscal year, the OLG brought in CAD2.3 billion. By bringing in a private organization unhindered by governmental drawbacks, that revenue can be built upon considerably. This is also an untaxed source of income which makes this move even more significant.

The new structuring will definitely increase Ontario’s revenue from the gambling sector by a considerable amount, boosting the local economy and driving employment. Municipalities will also benefit greatly from the rise in income which will then be passed on to different community projects and resources.