As far as the gaming industry is concerned, the recent deal between OLG and The Great Canadian Gaming Corp. is one of the most significant partnerships in recent Canadian history. The deal opens up a myriad of possibilities and business opportunities of many types, especially since there are a number of locations within the GTA that will act as hubs for new gambling activity. Now that the OLG has decided on handing the reigns to The Great Canadian Gaming Corp. and the Brookfield Business Partners group, an important question has been posed by community leaders – what will this mean for residents?

The area could definitely benefit from the surge in economic activity, but it’s not that simple. Communities will also have to play an active role in making sure that they are having their rights protected as the businesses progress. In particular, it’s the Woodbine racetrack that has started a focused conversation about how neighborhoods in the vicinity will benefit from these changes. 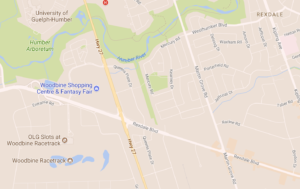 How will Rexdale residents actually benefit from the new OLG deal?

The main area to be affected is the Rexdale neighborhood, situated in the northern part of Etobicoke. Rexdale has shown problematic figures with regards to unemployment. The area showed a loss of more than 20,000 jobs between 2001 and 2011. The projects planned for the area will open up 2,500 new jobs that will be offered to local residents. This is of course a very positive aspect of the deal, but some residents are being proactive about making sure that the businesses in question follow through.

Mustafa Abdi along with 8 other local residents have formed a group called MYRex which aims to do just that – check that the surge in business will have a positive effect on Rexdale. Another member of MYRex, Peter D’Gama, is worried that businesses will avoid living up to the promises they’ve made with regards to local communities. It’s not only the 2,500 jobs that matter; there are also other things to take into account.

D’Gama explains: “The councillors seem receptive but we don’t know how much power they have to talk with the companies. My concern is that with those conditions, there will be loopholes and the companies will not follow [them]. We want jobs not just after it’s built, but also in the construction period. That’s where the most lucrative jobs are. That will involve training young people.”

The conditions that D’Gama is talking about are the 21 clauses in the contact that involve benefits to local residents. The concern of MYRex is that companies will find loopholes to avoid the clauses.

What Does the OLG say?

On the side of the OLG, things are indeed a little less clear. While they’ve definitely spoken a lot about the positive effect that the new income channels will bring, the manner in which these changes will come about is also something to consider.

For example, Tony Bitonti, OLG spokesperson, views the effects of the new plans as an indirect result of increased business activity. Bitonti explained that “if you look at the hotel and restaurant industry in the GTA — whatever’s [offered] will be competing to hire these people. If they don’t provide well-paid jobs with decent benefits then they won’t be getting the solid employees that they’re looking for,” he said. “The standard is already set by what the community has to offer right now.”

While this does make sense, it still might not be enough to give local residents a solid reason to feel that they will benefit from the changes. We really hope that this will be a positive story for everyone and there’s no reason why it shouldn’t be. What’s important to remember is that communities will have to be more active if they want to ensure that their interests are being looked after.