British Columbia’s official gaming regulator, the Gaming Policy and Enforcement Branch (GPEB), has given the leading Swedish game developer NetEnt a full license to offer the company’s services in the province. If you’re an online slots fan, you’ll definitely know the company, if not by name, then by their extremely popular slots blockbusters. Gonzo’s Quest, Starburst, and Jack Hammer are all NetEnt games, to name just a few.

If you’re an experienced Canadian gambler, you’ll know that gaming licenses, and other legalities regarding gambling, are managed and decided per province in Canada. This is why it can take time for software companies to enter the market. On the other hand, online gaming is legal and has become extremely popular in Canada, making it a great opportunity for overseas gaming companies. 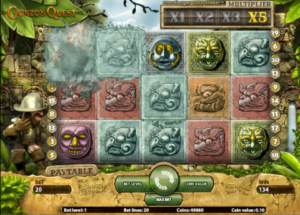 The Swedish software firm has climbed the ranks and has earned its spot as one of the leading game developers operating online today. NetEnt is very customer-focused, and always seems eager to create the gaming experience that players are looking for, however crazy that idea may seem.

Want some examples? In a recent article here on Casino Canada Online, we covered NetEnt’s announcement of their plans to launch the first ever virtual reality slots game. This milestone casino game is set for release later this year. And if that’s not forward-thinking enough, did you know that NetEnt will be releasing an Emoji slots game this year as well? Now we’re sure that you’re impressed. Seriously though, any in-the-know slots fan will tell you that NetEnt games are on-point. The animation is always amazing, with fun themes and exciting twists and turns that keep you coming back for more.

It’s no wonder that the British Columbia Lottery Corporation were keen to add NetEnt’s excellent game portfolio to their menu. The BCLC operates the only legal online casino in the province, and definitely needs to keep their platform fresh considering how fast online casino gaming is advancing.

Part of the reason that NetEnt has done so well as a company is the way they’ve tackled mobile gaming. Just a few years ago, most online casino players were using desktop computers to play. That changed very rapidly and not all the major software developers kept up with the mobile trend as it happened, often preferring to rely on their previous successes and current player base. It was companies like NetEnt that were quick to provide an answer to the accelerating niche by creating games for mobile play.

NetEnt games not only look great on smartphones and tablets, the gameplay has been designed to suit these devices in a way that other developers just haven’t been able to compete with. For this reason, it goes without saying that the BCLC will also be incorporating NetEnt’s mobile versions in the platform extension.

In an official press release, NetEnt’s CEO Per Eriksson stated, “I am very pleased that we have reached yet another important milestone in our expansion on regulated markets. We are the online casino supplier with the largest presence on regulated markets in terms of number of licenses and certifications that we hold, and entering the province of British Columbia in Canada is another important step for us.”

It’s no surprise that Mr. Eriksson is pleased. NetEnt has done amazingly well in this first quarter of 2017. The Swedish firm reached an astonishing growth of 15.2% in Q1 and continues to grow as the leading gaming provider in regulated markets.

This news isn’t only great for NetEnt and online casino fans, the province itself will benefit from the deal. The BCLC is based on the idea that revenues from gaming are used to advance healthcare, education and other public causes and community needs.